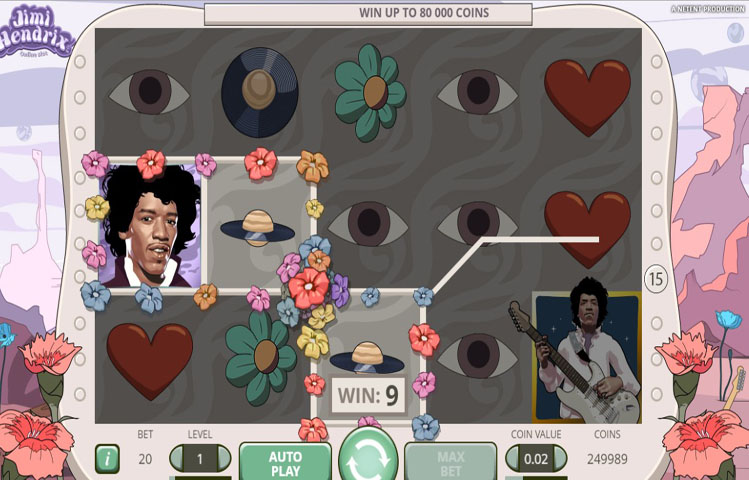 NetEnt Gaming has a great mobile slot game; Jimi Hendrix mobile slot game that provides gamers with a unique and classic slot game designed based on a great musician and guitarist from the 1960’s Jimi Hendrix. The game is not only classic but is also retro styled and comes with top quality 3D graphics and standard play, offering players a great playing experience with its unique features.

The game, a 5X3 reel slot game with20 fixed pay lines has everything in it being relevant to the 1960’s and especially Jimi Hendrix and his music. With the graphics and gameplay of the game, players get 3D graphics, as well as a notable theme based on the 1960’s and the game, also comes with great music from Jimi Hendrix. It provides a great platform for one to enjoy a classic slot game and listen to Jimi Hendrix’s tracks at the same time. For gamers who love slot games, one will definitely love this game with its bonuses and features.

There are various symbols in the game that players should watch out for. These symbols include a Hearts, Jimi Hendrix, and Disks amongst others. These are high-value symbols which gamers would be fortunate to get because with these symbols a player increases his winnings and is able to win bigger prizes.The game has bonus features and free spins to make the playing experience more captivating to players, and one is sure to keep playing. These bonus features and free spins are all for the purpose of giving players more chances of registering big wins.

There is a re-spin feature which a player gets upon landing four red guitars. Being able to re-spin the reels, a player is able to create a better sequence of high-value symbol so as to win a bigger prize although with this re-spin, stacked guitars from the initial spin stay at the same position.
The game has a purple haze feature.The purple haze feature is activated when the purple haze symbol appears on the reel. When this happens, the other symbols on the reel like K, Q, J, Ace and 10 all act like wilds for that particular turn of play. Each time a player gets three scatters, he or she gets free spins. There are six confirmed free spins so as to be able to play further but apart from the free spins as well as various features some of which are; Crosstown, Coin Prize, and Little Wing.

The wild in this game being the Jimi Hendrix symbol, each time one gets this symbol, it means that a player had a lucky turn because the symbol will substitute the nearby symbols giving players the advantage so as to win bigger and better prizes.

This game is designed to ensure that players not only have a great playing experience, but it has further features also to enable players to register better prizes, winning bigger rewards. All this together with a well-fused background, theme and music provide an exceptional and classic experience that everyone who loves a classic slot game would not want to miss out on.

Anyone who is a Jimi Hendrix fan should play this game, and they will love it. Jimi Hendrix slot game offers a unique and unforgettable experience as a result of its unique features such as re-spins, free spins, great graphics, scatter symbols, wild substitutions and music as compared to other games of the same type. The game will take you back to the era on Jimi Hendrix in the 1960’s when the great musician and guitarist changed music and guitar playing forever. 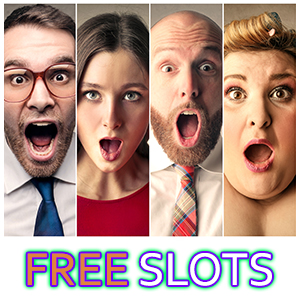 Get the iFreeSlots.com Chrome Extension Here. Find the beste casinos in Germany. New, mobile casino guide for players new to the casino.
Login
Back to Login | Register
Login with Facebook